Our area has a concentration of the largest thermal structures in the world. Some historians date it back to the phenomenon of their closeness to the ancient extinct volcano, Mt. Amiata that in the south of the province of Siena facing the Val d’Orcia. In every case the major part of the thermal centres in Tuscany were well known and have been frequented since ancient times.

Distance from the agrotourism: 10 Km

Among the most well known in Italy, their characteristics are that the water flows from four springs with different minerals; that offer many treatments among which hydrotherapy baths, irrigation, inhalation and the application of thermal mud; 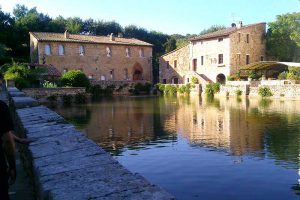 Distance from the agrotourism: 20 Km

Bagno Vignoni is a little hamlet situated on a high plane at 306 metres above sea level, with thermal waters that flow out at 52°C. The presence of these waters was already known in ancient times. The centre of the hamlet is developed around an extraordinary collection pool that dates back to the XVI century; these spas were in fact frequented by St. Catherine of Siena and Pope Pius II.

Today the collection pool can longer be used for swimming, but nearby it is possible to find numerous thermal centres.

Distance from the agrotourism: 30 Km

It is found in the Val d’Orcia Park, in one of the most spectacular thermal locations in Tuscany, in the province of Siena. The place is featured by suggestive deposits of limestone, formed by the hot sulphuric thermal waters that started in the Medieval times that cured famous people among whom was Lorenzo the Magnificent. 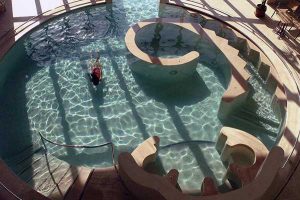 Distance from the agrotourism: 35 Km

The thermal waters of San Casciano dei Bagni are rich in precious elements, that have an action of both anti-inflammatory and analgesic for the musculoskeletal part and skin, as well as on the respiratory tracks.

Once can also have the experience of a hydroponics cure, particularly indicated for the detoxifying of the liver and the bile ducts.
.
San Gallo Agrotourism has a special agreement with the San Casciano Spa, with a series of concessions reserved for our guests.
For further information contact them directly: ricevimento.terme@fonteverdespa.com 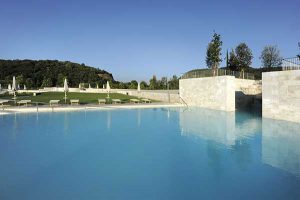 Distance from the agrotourism: 35 Km

It is a splendid hamlet in the middle of the ‘Crete Senese’, situated on the border between the Val di Chiana and Chianti. The complex proposes treatments and cures that uses the waters of the San Giovanni Spa and that of the Thermal Complex of the Antica Querciolaia.

In particular the waters of the Antica Querciolaia, which flows out at a temperature of 39-40 °C, which are sulphur-bicarbonate-calcium which are indicated for the cures of the respiratory tracts, musculoskeletal and cardiovascular and the for treatment of some skin diseases.